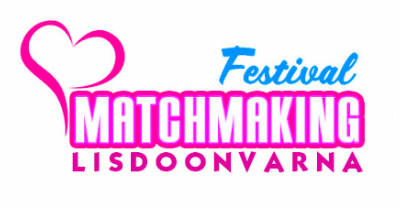 Every year in the month of September, thousands of singletons from all over the world travel to Lisdoonvarna in West Co. Clare in the hopes of finding true love, or at the very least, of having some craic. The local story has it that the festival dates back to the days when the gentry would come to Lisdoonvarna to take the waters, and while there they would try to find a good match for their children.

September became the peak month for matchmaking in Lisdoonvarna as the harvest was over and done with. Nowadays the town is filled with music and laughter for the entire month as people come in search of love. The festival was established as there was a shortage of single women in the area and a surplus of bachelor farmers. The matchmaker himself, Willie Daly, meets with each singleton in turn and tries to find them the perfect match. He is a proud, third generation matchmaker, having inherited the job from his father and grandfather. Hopeful singles are asked to fill out a form which is then placed into Willie's famous book. The book has been handed down through the generations. Willie says that his book has magic powers and that if you place both your hands on it and think of love with your eyes closed for seven seconds, then you will be married within six to nine months.

The Lisdoonvarna festival harkens back to a time before dating apps and websites, where a weeked (or four) of music and dancing could be the secret to your marital bliss.