Irish in The American War of Independence

The fourth of July is a date that stands out in the minds of many of us the world over, American or otherwise. For many it draws up thoughts of mesmerising fireworks, the mouth-watering taste of food gently cooking over smoking charcoal, the laughter of children, and the warm embrace of family welcoming you home. But what about the historical events which we are actually remembering on the fourth of July? And how were men from the Irish coast involved? 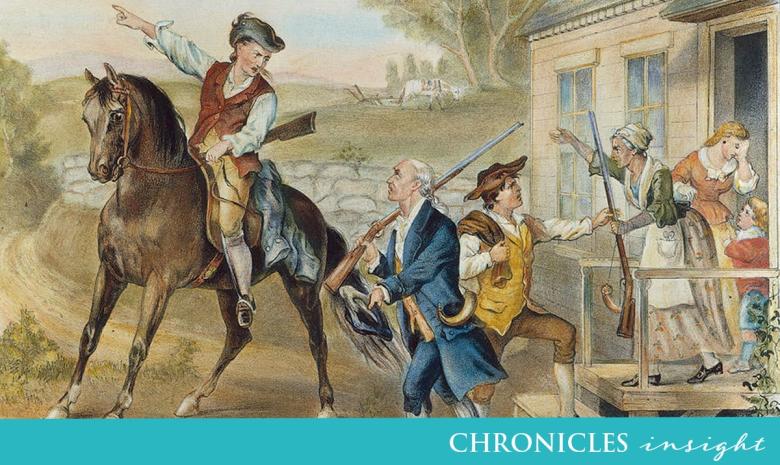 The day itself marks the date, in 1776, on which the Declaration of Independence was adopted by the Continental Congress. There are certain figures of the American Revolutionary War whom history and popular culture have kept in the forefront of our minds. Names like, Benedict Arnold, Alexander Hamilton, and, of course, George Washington. When you dig a little further, a number or prominent Irish men also turn up. The part played by the Irish in the American Revolutionary War was largely focused on the naval efforts of the revolutionaries. Here are three Irish-born men who played very different roles in the War, and who have been remembered, or forgotten, for different reasons. 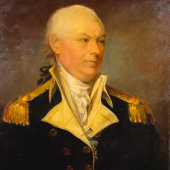 John Barry was born in Tacumshane, Co. Wexford. After his family were evicted from their home by British landlords, Barry relocated to Rosslare, where he began to work with his fisherman uncle. It was at this point that Barry realised that he was destined for a life at sea. His first job was as a ship’s cabin boy onboard his uncle’s trade ships. He would make journeys across the Atlantic Ocean, trading back and forth, learning how to handle himself at sea, and developing the skills that would later help him to climb through the ranks in his naval career. Barry’s time on the trade ships acquainted him with Philadelphia, which is where he would eventually settle.

John Barry’s career in the Continental Navy began when he was appointed as a Captain on December 7th 1775, and he received his first commission three months later on March 14th 1776. Barry went on to serve as the Commander of no less than four naval war ships, these were called The Alliance, The Delaware, The Lexington, and The Raleigh. His efforts and contribution to the cause were recognised by George Washington who, on the 22nd of February 1797, issued Barry with the exalted, Commission Number 1, an event which raised Barry’s rank to Commodore.

John Barry is often regarded as one of the fathers of the American Navy, along with John Adams and John Paul Jones. He is remembered by statues in Washington DC, Philadelphia, and his native Wexford. 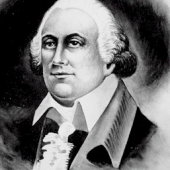 Stephen Moylan was born to a prosperous Cork city shipping family in 1734. Even though Moylan’s family were relatively well off, and he was the eldest son of his parents John and Mary Ann, Moylan was not entitled to a formal education in his native Ireland. This was because his family were Catholics, and the laws at the time in Ireland did not permit the education of members of the Roman Catholic Church. As a result of this, Moylan was sent to Paris to receive his education. Once this was completed, he then went on to Portugal, where he worked for his family’s shipping company. Moylan used this time to develop his skills and experience so that he could eventually set up his own shipping business, which he did when he moved to Philadelphia in 1768.

Moylan believed passionately in the need for American Independence. It was his steadfast opinion that the only way for America to progress was through the achievement of complete independence from Britain. This led to his decision to join the Continental Army in 1775. His expertise and contacts in the shipping world led to him being responsible for fitting out the ships of the Continental Navy. From there he went from strength to strength, becoming a prominent member of George Washington’s staff and taking part in several key battles in the fight for independence.

Moylan’s greatest claim to fame is the fact that he is credited by some with coining the term, “The United States of America”. The story has it that in a letter to Washington’s Secretary, Joseph Reed, Moylan referred to,

“the full and ample powers from the United States of America”.

Stephen Moylan is buried in the Old Mary St Cemetery in Philadelphia. 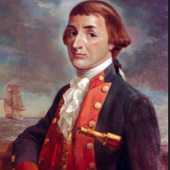 Less fondly remembered for his role in advancing the cause of the American Revolutionaries is Gustavus Conyngham. Born in Donegal in 1747, Conyngham arrived in America as a young man. A seafaring man from an early age, he was apprenticed to a trading captain in the West Indies.

Conyngham’s reputation has been treated with some malice by history. This comes from a series of incidents that occurred while he was in Dunkirk on commission from the Continental Navy. Whilst on this commission, Conyngham and his men refurbished a small merchant ship, transforming it into a war vessel. He then began to capture British ships. This was the start of a campaign of trawling the coasts of the British Isles, France, and Spain, taking several British ships along the way.

Conyngham and his men were successful in capturing a British war ship which they renamed The Revenge. This was the ship upon which Conyngham made his triumphant return to America, but he was not met with the hero’s welcome that he expected. The British were outraged that Conyngham had attacked their ships from French waters, as this was in direct violation of France’s neutrality. Conyngham insisted that he was merely following the orders of his commission but the Navy denied this, and, not being an organised man, Conyngham had not thought to keep hold of the original commission and was therefore unable to clear his name. As punishment for his pirate-like actions, Conyngham moved from naval work and instead was sent to command a private ship. The Revenge was taken from him and sold at auction. Whilst performing his demoted duties aboard his private ship, Conyngham was captured by the British and placed under guard in the Mill Prison in Plymouth. Two attempts at escape failed because Conyngham was recognised by members of the public. He had become a victim of his own infamy. A third attempt got him a bit further, but he was intercepted again. It was not until his fourth attempt at escape that Conyngham finally got away when he bribed a guard.

Conyngham spent the rest of his days fighting to clear his name of the acts of piracy that he was believed to have committed in Dunkirk. The original commission which could clear his name for good would not be discovered until almost 100 years after his death. 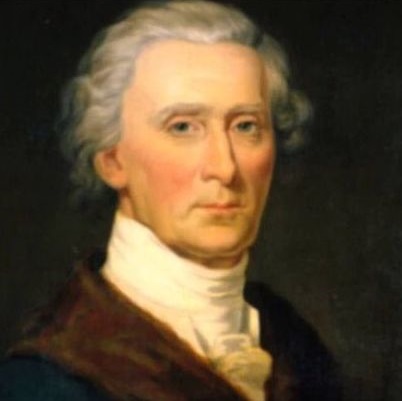 Last but certainly not least, we come to Hercules Mulligan. Born in 1740 in Coleraine, Co. Derry, Mulligan was an early supporter of American independence. He and his family crossed the Atlantic when Mulligan was only 6 years old, so America would have been more of a home to him than Ireland ever was.

Mulligan came to be friendly with Alexander Hamilton, one of the Founding Fathers of the United States, as Hamilton was known to lodge with the Mulligans while he was studying at Colombia University. He even features as a character in the Broadway hit musical which bears Hamilton's name.

As a young man, Mulligan was involved in a number of patriotic groups, including the Sons of Liberty of New York, which was the first group to take military action against the British, at the Battle of Golden Hill in 1770. During the War, he served as an important member of the Culper Spy Ring, a secret group that transmitted important military intelligence to George Washington, using such techniques as invisible ink, pseudonyms, and other methods of secret correspondence. He also took advantage of his family's tailor shop in New York as an opportunity for espionage, as several British officers requented the business.

Thanks to a recommendation from Hamilton, George Washington agreed to take on Mulligan as his chief confidential agent. Mulligan excelled in this role, and is thought to have saved Washington from both a kidnapping and an assasination attempt.

After the Revolutionary War Mulligan returned to his life as a tailor and lived to the age of 84.

Watch the cast of Hamilton, including the actor who plays 'Hercules Mulligan', perform a social-distancing version of the opening song from the American Revolutionary War musical, Hamilton.

Did your Irish ancestors fight in the American Revolutionary War? Share their story on the XO Chronicles and connect with their place of origin and those connected with the same place, living around the world today.

Add your Ancestor to the XO Chronicles