Seán Mac Mathúna and the Folklore of North-West Clare

Seán Mac Mathúna (1876 - 1949), of Luogh North, Doolin, Co. Clare, collected folklore during the 1930s and 1940s. Seán was also known as Johnny (Mháirtín) McMahon to his neighbours and friends. He was a meticulous collector who assembled one of the finest regional collections of lore held in the National Folklore Collection. 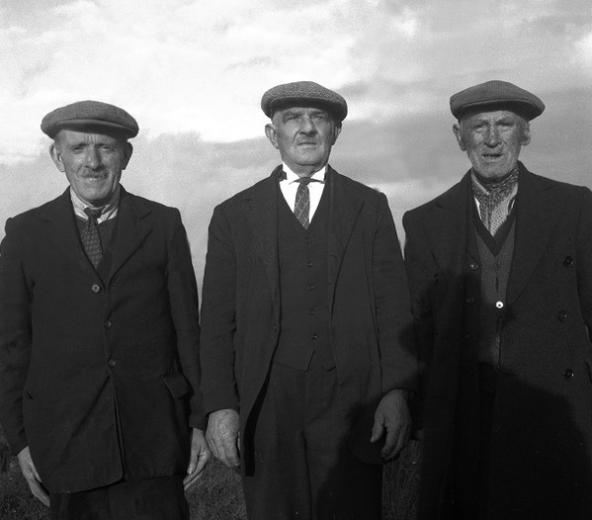 Seán worked as a farm labourer on his brother-in-law Peter Barrett's farm in Luogh. He was born in Ennistymon, where his parents, Martin McMahon and Margaret Mulqueeny, owned a pub. The family moved to Luogh North, his father's homeplace, when their pub business failed, and began farming there when Seán was eight and a half years old. 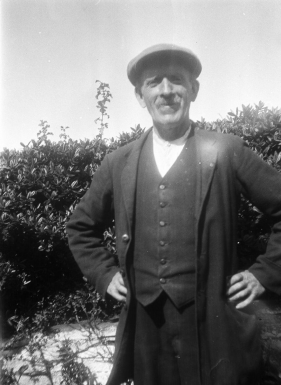 Seán met the young folklorist, Séamus Ó Duilearga, for the first time in August 1929 in John Carey's house in Luogh. Séamus was impressed by Seán's interest in Irish heritage and the Irish language. He realised that he had found someone in Seán who could help him to save the folklore of Co. Clare. Seán began collecting folklore in his native area soon after this visit. Séamus offered Seán a job as a part-time folklore collector for the Irish Folklore Commission in 1935 and Seán held this position until shortly before his death in 1949. He is buried in the cemetery at St. Brigid's Well in Liscannor. 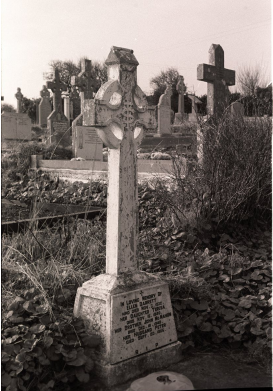 Grave of the Folklore Collector, Seán Mac Mathúna (The Photographic Collection, A066.19.00010)

I am editing Seán's handwritten manuscripts for publication online at www.duchas.ie, a project to digitise the National Folklore Collection developed by the National Folklore Collection, UCD and Fiontar & Scoil na Gaeilge, DCU. Seán collected folklore from local men and women and I am particularly interested in analysing the folklore material in his collection recorded from local women. I also hope to edit and publish a selection of this women's folklore.

In order to understand the folktales told by local female storytellers more fully, I am conducting interviews with people, especially women, who grew up in the 1930s and 1940s in north-west Co. Clare. I had the opportunity to meet with some local people recently and it was wonderful to hear the stories and memories of the period they shared with me. I would like to speak to more women, however, who can tell me what life was like for them and/or their mothers or grandmothers during those decades.

Anyone who is willing to be interviewed or who might be able to recommend other people interested in participating can contact me at michelle.dunne@dcu.ie or at the postal address below. Please don't hesitate to get in touch with any queries regarding the interview process, and feel free to share this article with anyone you know who may be able to assist the project.

Michelle Dunne is a PhD student in the School of Irish, Fiontar & Scoil na Gaeilge (FSG) at Dublin City University (DCU). Dr Úna Bhreathnach (FSG, DCU) and Dr Críostóir Mac Cárthaigh (National Folklore Collection, University College Dublin) are supervising her research. Michelle's research looks at information about and from women in the folklore collection assembled by Seán Mac Mathúna (1876-1949) in north-west Clare. She was awarded a B.A. in Modern Irish and English in 2012 (Maynooth University) and completed her M.A. in Modern Irish between 2012 and 2013 at the same university. The focus of her thesis was minor placenames and their associated folklore from Rathconnell Civil Parish, Co. Westmeath. She won the Ríocht na Midhe Postgraduate Prize for Research 2018 with an article analysing the commemorative minor place-names of the Meath-Westmeath region. Michelle is passionate about the preservation and promotion of Ireland's local heritage. Her aim is to enrich the knowledge of this traditional lore through collection and research. Michelle's research interests include the folklore, Irish-language dialects, literature and (minor) placenames of Ireland.