Most parish registers consist of baptismal and marriage records. These were recorded in either Latin or English. In this page you will find a  short list of some common Latin terms and their English equivalent. 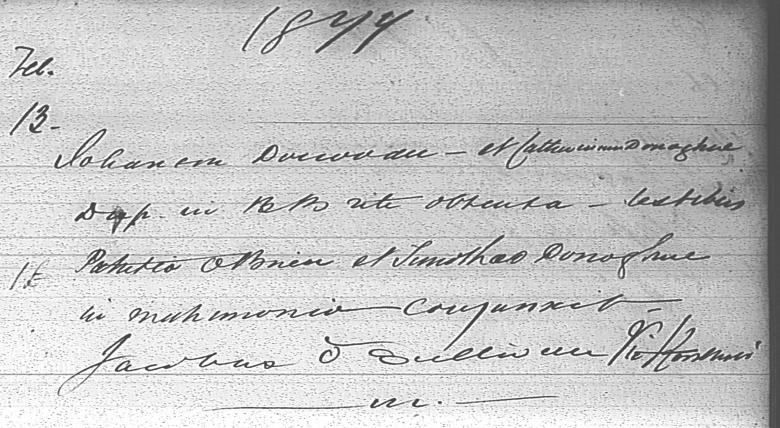 In the west and north of the country emigration rates were very high and often Parish Registers didn't begin until the mid or late 19th century. In general, however, the majority of registers begin in the early 19th century. Roman Catholic baptism, marriage and burial registers, unlike so many of their Church of Ireland counterparts, were not damaged in the 1922 fire. For the period prior to 1864 Church Registers are the only records available of most births, deaths and marriages.

Access to many of the Roman Catholic Parish Registers is now free at http://registers.nli.ie

First names in Latin and their English equivalent:

For example if the couple were second cousins, they were recorded as consanguinati in tertio grado. If there was an earlier relationship by marriage between the two families, this was termed affinitatus.