The Signing of the Treaty of Limerick

The Treaty of Limerick was the final nail in the coffin for the Jacobite cause in Ireland. 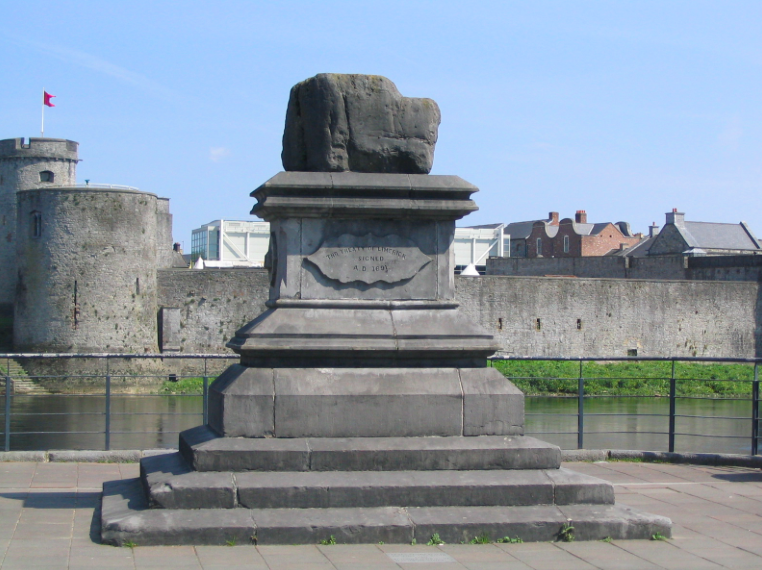 As the Williamite War in Ireland came to an end in 1691, the city of Limerick was sieged for the second time. When it became clear that the Jacobite cause was lost, Patrick Sarsfield (1630-1693) negotiated a surrender with the Williamite leader Godert de Ginkel.

The Treaty guranteed the Irish people safety and religious freedom. In return for these terms, the Jacobite forces were ordered to either joing the Williamite forces or wlse leave Ireland for France where they could continue to fight for King James. Some 10,000 troops along with 4,000 women and children took the option to leave for the Continent. This exodus became known as The Flight of the Wild Geese. The landed gentry Jacobites were given the opportunity to stay and maintain their lands but in return they were required to swear fealty to King William.

The Treaty was signed on the 3rd of October 1691 upon a large block of limestone in Limerick city. This stone, which is pictured above, is known today as the Treaty Stone.